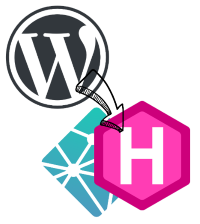 After many years of underuse, I finally got around to spending some time updating this site. I originally set it up on WordPress many years ago (2005-ish), and then mostly ignored the WordPress part, really only updating it when forced to via some security issue. This is exactly the opposite of what a software developer like me wants their users to do. When I’m building software, my general philosophy is that simple is better, and frankly, the complex ecosystem that is WordPress, its database, plugins and themes is far from simple.

I’ve started putting a bunch of Insteon stuff around my house, and one of the things I did is link the garage door to a KeypadLinc. I found a way to set it up using a single button, which I’m posting here mostly for myself in case I ever need to do it again, but maybe it will help something else. A side note: there are many easy-to-find ways to do this with multiple buttons, and I’m sure someone else has figured out my single button way before me and posted on page 46 of some obscure forum thread, but I hate reading those threads (and generally don’t) and you probably do too.

With the warm weather, I finally started a multi-faceted project that required tearing apart the garage ceiling. My original plan was to get network/cable wiring into the remaining two bedrooms, and install a central vacuum system. Late last year when I opened an exploratory hole in the garage ceiling drywall, I found the ceiling is built down about 18″ and insulated with batt insulation, so I decided I’d also improve the insulation and raise it up.

In my last post, I finished the upstairs electrical work, so next I could put up new vapour barrier. Since the old stuff is kraft paper-faced insulation, I really don’t think it’s a great vapour barrier as it’s not even sealed well. I put in new 6mil barrier, and used acoustic caulk to seal it around the edges. At least in the part I’ve opened up I have not introduced any new leaks.

While I was in the process of updating the front entrance, my wife and I started talking about if it made sense to do another job we had been thinking of – tearing down the wall between the kitchen and dining room, and putting in some new cabinets and a breakfast bar. My reasoning was if I was doing this at the same time, it would be enough work at once that I could justify bringing in a pro to finish the drywall for me (yes, I hate it that much).

One thing that has always been awkward about our house is the front entrance. It is about 7′ long by 3.5′ wide with a wall that means even two people trying to get coats/shoes on are in each other’s way. My plan is to knock the wall down and put a half-wall about 3.5′ over to act as a separator but keep the space open. Nearly 4 years ago (yikes), I tore out the carpet in the entrance, but then we couldn’t really decide exactly what to do, other projects got in the way, and so for the last 4 years we’ve lived with just a runner on top of the subfloor and no closet doors.

In Part 1, I removed everything in the bathroom. Once the drywall patches were dried up, the first thing I did was paint. Next up was flooring. I chose to go with Allure vinyl plank flooring, which is relatively inexpensive but looks nice and has a nice textured feel to it. This is a floating floor, each piece is 1×3′ (three “tiles”) and has opposing adhesive lips on opposite sides that stick to each other.

When we bought the house, the two most recent updates the previous owners had done were the kitchen and bathroom. We’ve touched every other part of the rest of the house — from painting every square inch (except kitchen and bath) to the complete reno of the basement. The bathroom had a new toilet, tub and surround, faucet, cultured marble counter-top/sink, and presumably vinyl floor. The tub surround is a very simple, just some Solid Surface around the outside, but it’s actually nice.

One of the things the upstairs bathroom is lacking is an exhaust vent. Vents are important to keep the humidity from getting too high, and are especially great compared to opening a window while you’re running your heating or air conditioning. You can see the old slider window here, which is the only one left in the house. I’ve sealed it with silicone caulking on one side, and weather stripping on the other, and we pretty much leave it shut.