When we bought the house, the two most recent updates the previous owners had done were the kitchen and bathroom. We’ve touched every other part of the rest of the house — from painting every square inch (except kitchen and bath) to the complete reno of the basement. The bathroom had a new toilet, tub and surround, faucet, cultured marble counter-top/sink, and presumably vinyl floor. The tub surround is a very simple, just some Solid Surface around the outside, but it’s actually nice. However, the vanity was terrible, the floor was not really our taste, and it needed some paint. Up to this point really the only work I’ve done on the bathroom is not very visual: adding a new electrical circuit and plugs, and adding an exhaust vent. 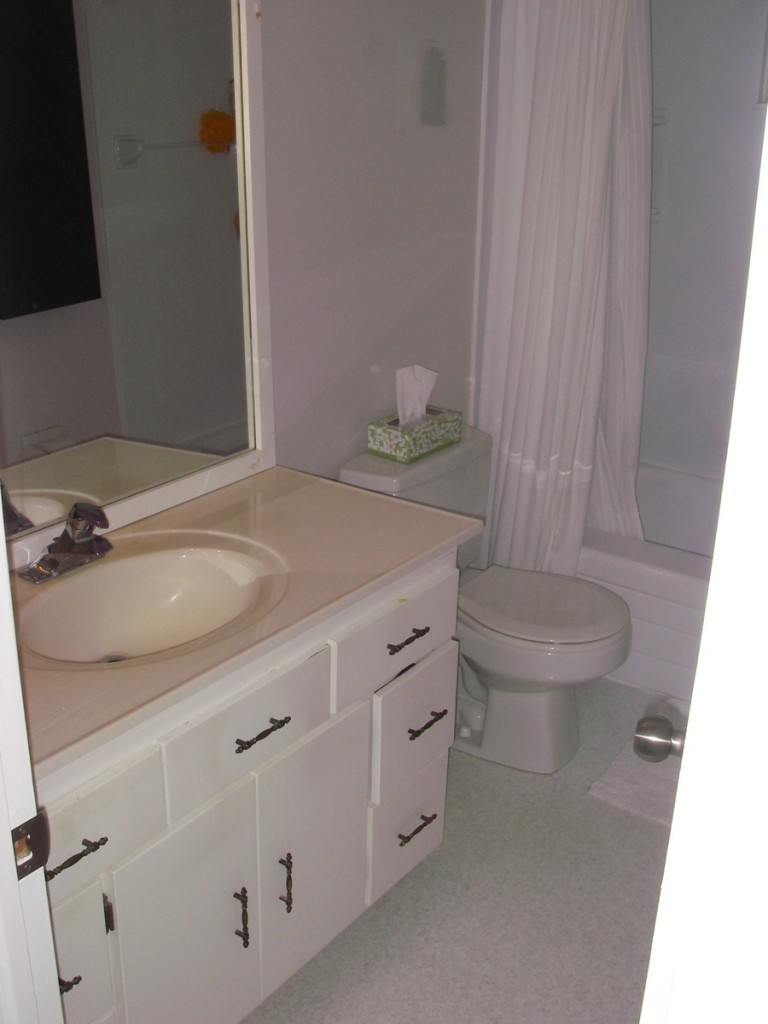 It’s quite an old vanity, and built reasonably well with solid wood, but the style was really dated, and the drawers were tiny — probably 7″ wide — which meant my stuff was confined to one small top drawer while my wife used the rest to not-quite-fit all of her stuff. 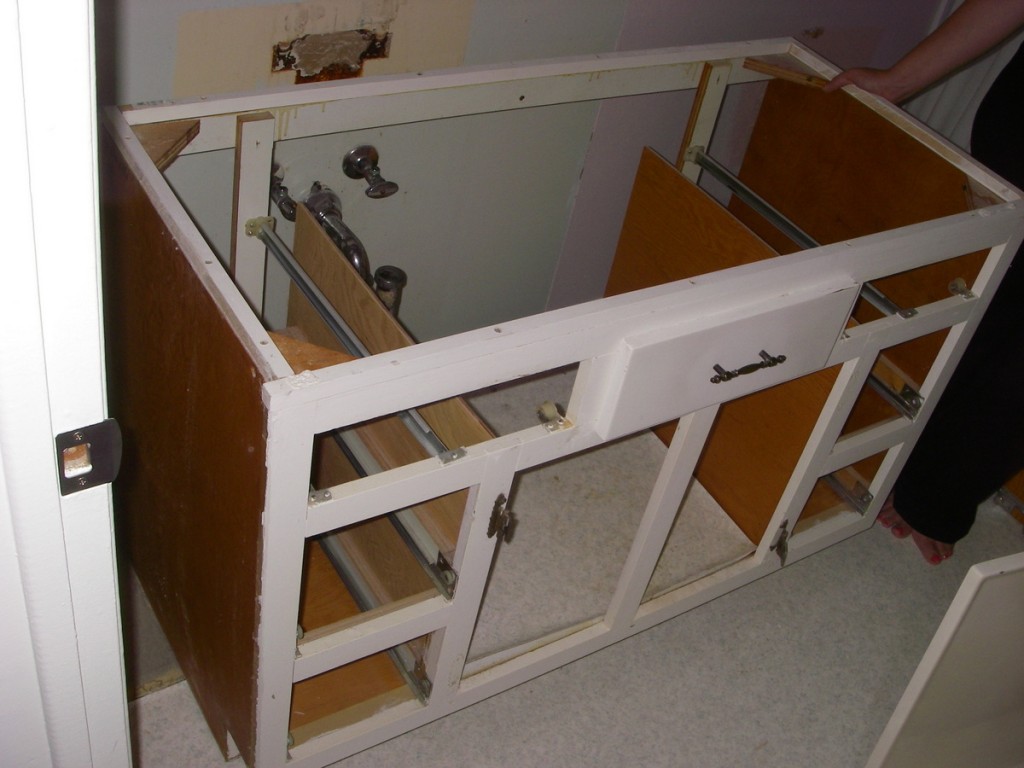 I think this bathroom has actually undergone a couple of renos in its lifetime. Underneath is the original linoleum stick-down tile that was at one point covering the entire first floor. From previous experience one of my wrecking bars was able to slide underneath and make quick work getting rid of them. 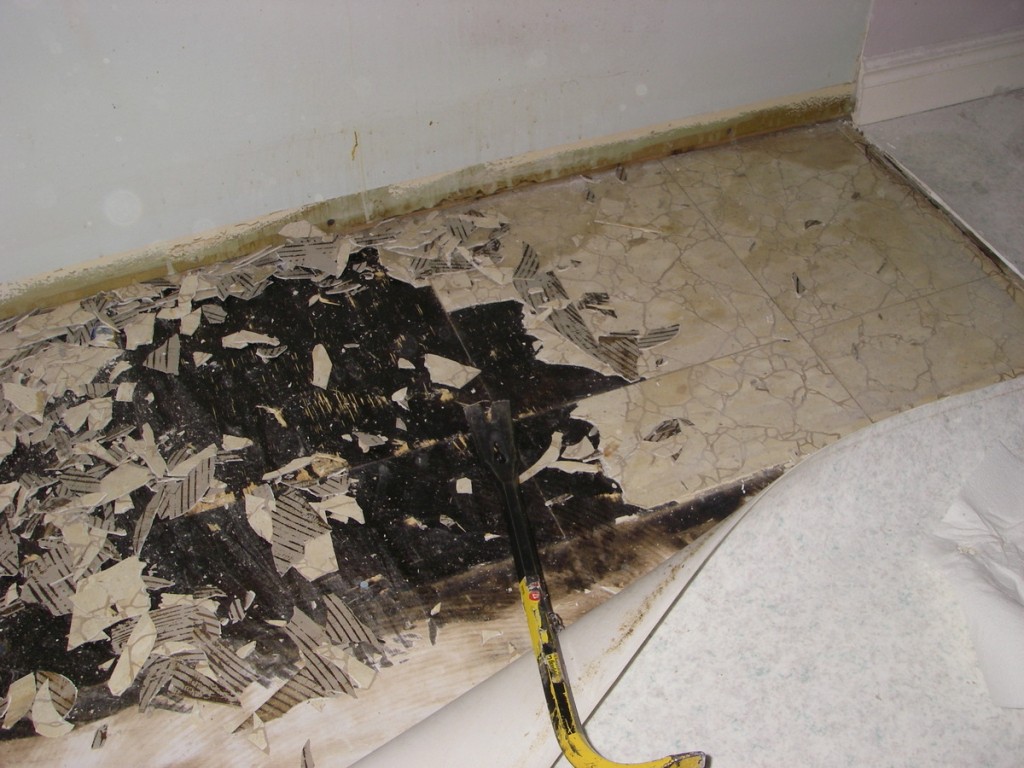 It’s interesting to see that at one point there was a wall-mounted sink in here, which seems like a terrible waste of space (the vanity in its place was 48″ wide). 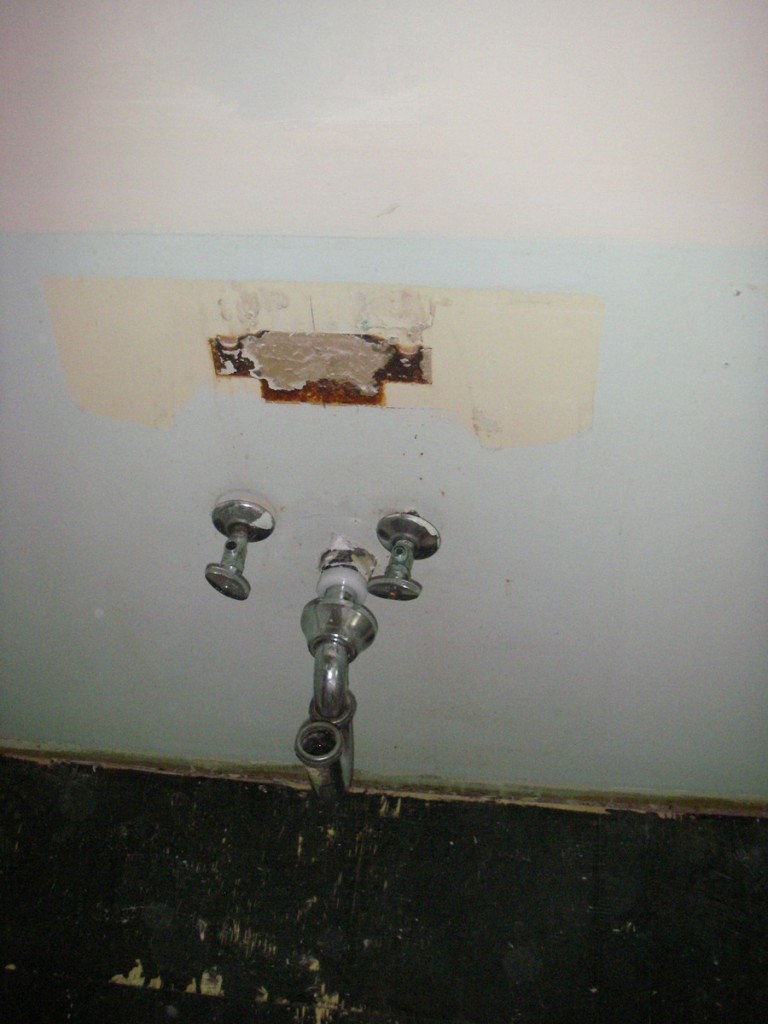 You can also see the old chrome drain pipes were still in use. Some of the old plumbing fixtures really make me wonder though, like the toilet shut-off that requires a flat-head screwdriver to operate. (Panicking wife frantically trying to figure out how to turn off the water would be somewhat funny to watch were it not for the toilet water is spilling onto the floor.) A while ago I added a retro-fit shut-off 1⁄4 turn valve which just screws onto where the supply line would normally go, and of course that came in handy to disconnect the toilet. 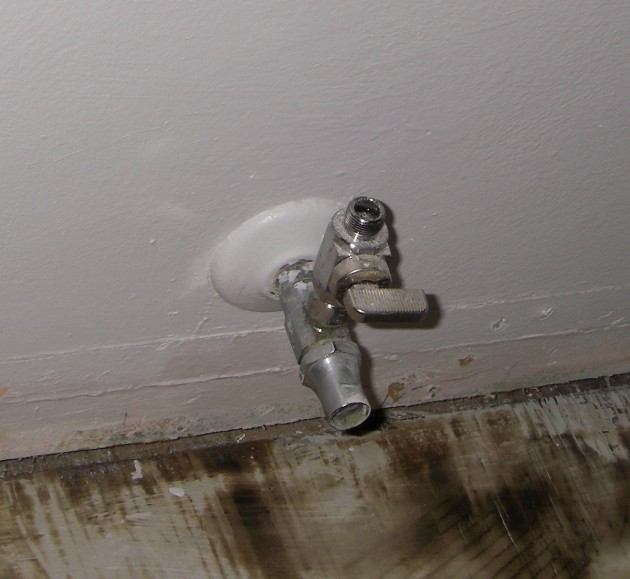 I pulled the rest of the floor out, patched up the holes in the drywall (several more are not pictured) and cleaned up the mess, and now I have a blank canvas to work with. 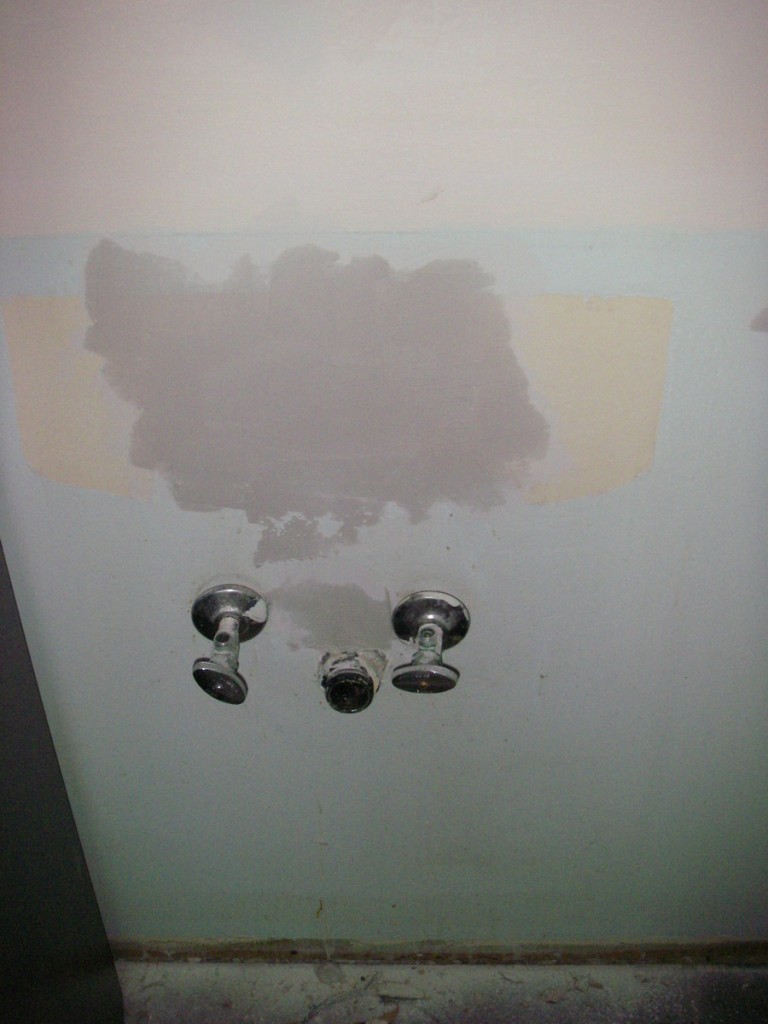 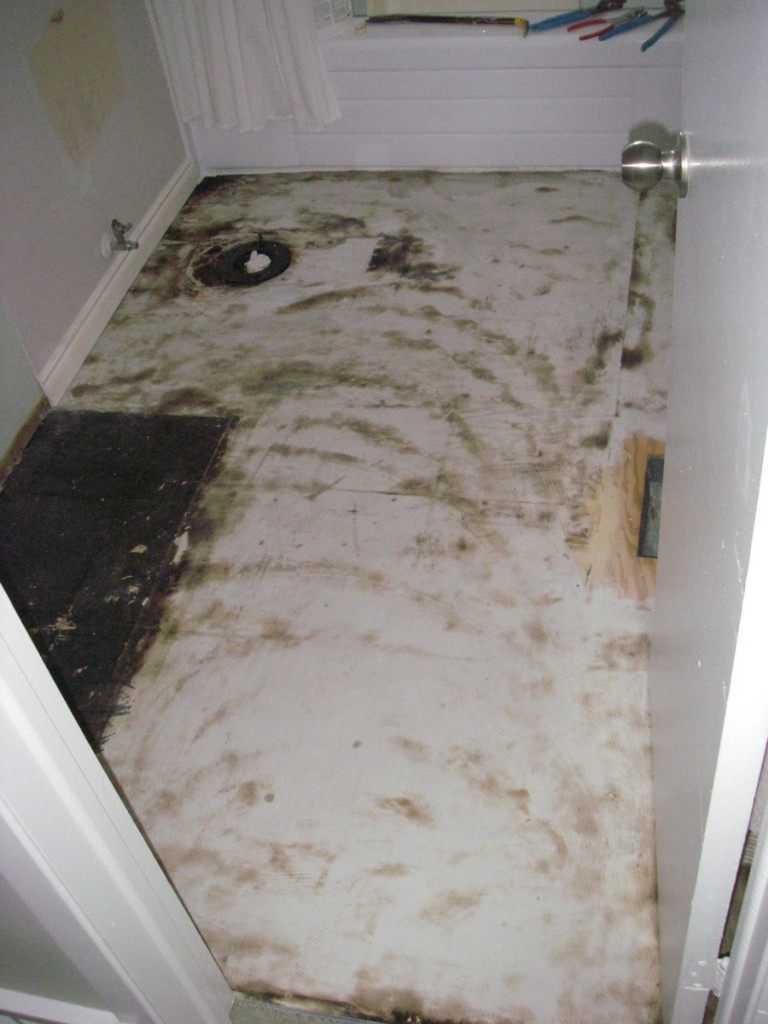